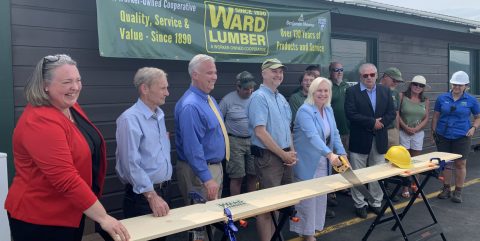 In late spring, the CDI, assisted Ward Lumber to transition to a worker-owned cooperative. A 4th-generation family-owned business, Ward Lumber has been a pillar of the North Country’s business community since 1890, providing local jobs and supporting the region’s farming and construction industries.

Ward Lumber’s transition to worker ownership comes at a time when local businesses face significant challenges, exacerbated by the COVID-19 crisis. In New York State alone, even before the pandemic, an estimated 3,700 businesses closed each year due to owner retirement, leading to a loss of 13,260 jobs annually. In rural communities, in particular, liquidation and closure is often the default option, further eroding economic resilience. Transitioning to worker cooperatives offers a viable solution that can help sustain these businesses and preserve local jobs that otherwise might be lost.

“Every business will go through a transition, whether that is by design or default. Rather than choose liquidation or selling to some other business that would change the culture, I wanted to look at employee ownership. Employee ownership vests the control of the company in the hands of the people that work it every day, who live in the communities that we serve, and have that vested interest in ownership,” said former owner Jay Ward.

Jay Ward and his staff worked closely with CDI’s Rob Brown, Director of Business Ownership Solutions at CDI, to provide intensive support and training on the 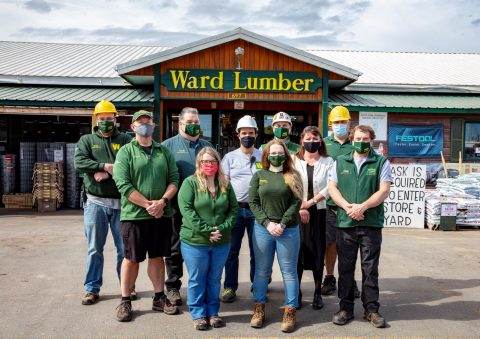 business transition process. Brown helped guide the team through the worker ownership transition — from initial inquiry to financial and business analysis to legal structuring and financing of the buyout. Financing for the transition was provided by the Cooperative Fund of New England, Capital Impact Partners and Ward himself.

“It was amazing to watch these workers develop the leadership and business skills needed to take over,” Brown said. “By solidifying the local ownership of the business and jobs, these workers can now chart their own future and the future of the enterprise and build wealth through ownership.”

For the new worker owners the creation of the co-op is an opportunity to shape the future of Ward Lumber.. “This co-op is more than a change in ownership. It’s an opportunity to shape a future that is best for the business, our staff and the community. It’s an amazing way for people like me to help carry Ward Lumber into the next generation,” said worker-owner and board member Alex Pond.

Ward Lumber’s journey to employee ownership began in May 2018, when Jay met with U.S. Senator Kirsten Gillibrand (D-NY) at an event hosted by the Adirondack North Country Association in support of the Main Street Employee Act, and came full circle when the Senator joined Jay Ward and the new worker-owners in a board cutting ceremony to celebrate the cooperative conversion.

To learn more about the Ward Lumber transition, check out this amazing video: