Teamwork makes all the difference in achieving our goals and aspirations. Together, the ROC USA Network of nine Certified Technical Assistance Providers has assisted well over 15,000 homeowners achieve resident ownership of their communities. But what a way to hit that milestone, with 4 new communities in Vermont in just two months, doubling the homes in ROCs in that state!

Mike Pelkey, President of the Westbury Homeowners Association Board of Directors, said it best: “It feels good to be secure and know that nobody can take it from us.” With rapidly escalating housing costs in the Burlington area, four different communities seized the opportunity to maintain their affordable housing in the space of just two months.

For some, the process took two years. “I’m especially proud of the residents and Boards of these communities for their tenacity and commitment to becoming resident-owned communities,” said Annik Paul, a Cooperative Development Specialist in CDI’s NEROC Program.

In all, 490 homes were preserved, bringing the statewide total of homes in resident owned communities in the state up to 926 — more than double what it was just a few months before. 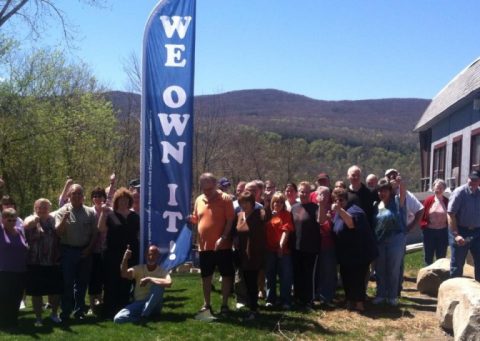 This burst of co-ops pushed the national total of homes preserved through the ROC USA Network since 1984 to over 15,000. The 4 new Vermont ROCs are now part of the 239 total ROCs in 16 states. The ROC model was pioneered by the New Hampshire Community Loan Fund in the 1980s before it was taken to scale nationally in 2008 with the launch of ROC USA®. The growth among the Network has been strong over the last decade, accelerating as the Network has expanded and matured.

Key to success for the ROC movement is having TA providers such as CDI to support and coach the leaders in the community, said ROC USA President Paul Bradley. And being a part of the national Network with thousands of peers across the country doing the same work as the leaders in Vermont is one of the biggest benefits of becoming resident owned.

In addition to the national ROC network, co-operators in VT can also plug into a vibrant and supportive community of co-ops in the Green Mountain State. ROC USA hosted a community celebration for the four new communities that was attended by residents of other existing ROCs, and representatives of Vermont’s rich cooperative ecosystem. Matt Cropp of the Vermont Employee Ownership Center helped get the word out. “Whether employees buying their workplaces, or mobile home residents purchasing their parks, conversions are a powerful way to spread the co-op model,” said Cropp. “It was exciting to gather with folks from across co-op sectors to welcome Vermont’s newest co-ops into our community!”

Local media VT Digger took note of these tremendous strides in securing affordable homeownership. CDI’s NEROC program director, Andy Danforth, noted that “Nowadays, the most common purchasers of mobile home parks in New England are residents.” Even VT Senator Bernie Sanders was wowed, saying on Facebook that he was “proud Vermont has some of the most effective laws in the country to give mobile home residents an opportunity to buy the land under their homes.”